The Dorset County Orchestra has been delighting audiences for more than half a century, having been formed as long ago as 1951 at the instigation of the then County Music Organiser, Joan Brocklebank. The first conductor was the young Lawrence Leonard. Apart from its first season, when it received financial help from the Carnegie Trust, the orchestra has made its own way through subscriptions, concert proceeds and sponsorship.

The members of the orchestra are semi-professional and amateur musicians from all over Dorset.  We continue to perform a wide selection from the classical repertoire. There have been many successful concerto performances with both well known and local young soloists, and joint ventures with local choral societies – see Past Programmes page for details. We welcome membership enquiries from enthusiastic and committed players, especially strings.

The orchestra typically performs three concerts a year in different venues in Dorset. We usually have five rehearsals for each concert; these take place on Saturday or occasionally Sunday afternoons, normally in Durweston village hall. See our Rehearsals page for current rehearsal schedules. 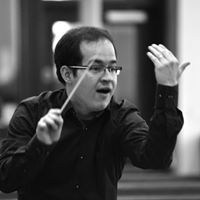 Praised by critics as a master of drama and mesmerising impetus, Venezuelan / British conductor Arturo Serna holds a dynamic career as a conductor, cellist and teacher. He is a second generation from El Sistema in Venezuela and was guided in his beginnings by his mother who is a violinist member of the Simon Bolivar Symphony Orchestra. He pursued further studies in France, Switzerland and England. He holds a Masters in Conducting with Distinction from the University of Surrey.

As a cellist, Arturo has performed as chamber musician and soloist across the Americas and Europe and has won many prizes and awards during his career, such as Eversley award, Montague Scholarship, Carigest Award and Special Prize at the Carlos Prieto Latin-American Cello Competition, awarded by Maestro Aldo Parisot. Arturo has recorded for television and radio and has collaborated in many recording projects for other musicians and film music.

Arturo teaches at Sherborne Girls, King’s Bruton School, Hazlegrove and Leweston. Many of his former pupils are now studying at world class conservatoires and universities or play active roles in the music profession. 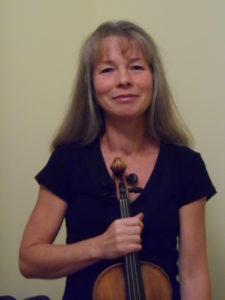 Bärbel graduated with a Diploma in Orchestral Music and a Degree in Music Education from the Felix Mendelssohn Bartholdy Academy in Leipzig in the former East Germany. Her teachers came from the Leipzig Radio Orchestra and the Gewandhaus Orchestra Leipzig and the Staatskapelle Weimar. She was an extra player for the Leipziger Komödie (Comedy House) and joined the Leipziger Radio Orchestra for several productions and concerts. In 1987 she joined the orchestra of the Zwickau Theatre, where she enjoyed playing a variety of music ranging from opera and musicals to symphony concerts, as well as touring through Eastern Europe and Italy with the Zwickau Chamber Orchestra. Since 2000 she has worked as a freelance musician in Dorset and Hampshire and has played with the Dorset County Orchestra, the Dorset Chamber Orchestra and the Wimborne Chamber Orchestra as well as many local choral societies. Since 2016 she is also the leader of the Magna Sinfonia, a Bournemouth and Poole based orchestra. As well as teaching privately and at local schools she enjoys performing chamber music with the Parry String Quartet and solo recitals. 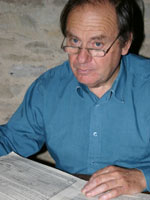 Ian Pillow has spent most of his working life as a viola player – including playing with many of the London orchestras, the Royal Liverpool Philharmonic, and, in particular the Bournemouth Symphony Orchestra (BSO), where he has worked for a total of nearly thirty years. In addition to his viola playing, he has presented the BSO’s pre-concert talks for 20 years and has conducted various community music projects for them, as well as their brass ensemble. He is well known as a fine trainer of amateur orchestras and has brought both the Dorset County Orchestra and Sherborne Community Orchestra to new levels of excellence. In addition, he is conductor of the Purbeck String Festival for which he has conducted premiers of works by Sally Beamish and Mike Westbrook. Since his retirement from playing he has continued to present the BSO’s pre-concert talks and is devoting more time to composition. He has written choral, orchestral and chamber works which have been enthusiastically received. His carol ‘The Oxen’ has been featured twice in the Festival of Lessons and Carols at St Martin in the Fields. In 2012 the BSO requested a piece for brass for the Queen’s Diamond Jubilee, and two pieces to commemorate the centenary of the Titanic. He also composed a Sinfonia Concertante for two local young players, which was performed with DCO in June 2012.